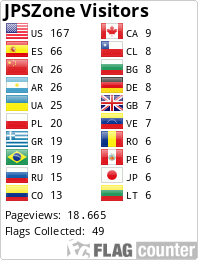 Step into the role of a legendary warrior seeking to find his place in the midst of battle!
The game brings you into an expansive MMORPG experience where you create your own destiny in the realm of Aden.

Enter the World of the game
Prepare yourself for an adventure as you engage in colossal PvP siege battles, join epic raid encounters, build your own clan of allies, or raise your own stable of pets and mounts to traverse the epic world of the game!

Live the Story
In a war-torn land spanning two continents, three kingdoms vie for power as they engage in a battle for ultimate supremacy. As a lone warrior in this conflict, you must choose an allegiance and confront enemies from all sides as you strive to overcome conflict against the mightiest of challengers. It is your time to step into the light and enforce your will upon the realm. Seize your destiny and allow your own hand to write the history that will be remembered. Create Your Hero
Shape your journey in the game by creating a unique avatar from a selection of 6 unique races (Human, Elf, Dark Elf, Orc, Dwarf and Kamael), each with their own unique characteristics and traits that lead you down the path of more than 30 potential classes you can evolve into. Whether you take the path of a Warrior to become a Dreadnought or grow from a Wizard to an Archmage, the choice is yours to make!

Advance Combat and Raids
In the world of the game, whether you live or die depends on your skill in battle. Go face to face against foes of equal skill and experience or team up to challenge and overcome world boss raids where hundreds of able-bodied heroes may be needed! The thirst of combat is to be quenched with your blade!

Massive Clan Battles
Create your own clan or join an existing clan of fellow adventurers to unite your power to defeat epic world bosses or other adversarial clans who stand in your way! Level up your clan and expand your membership as you continue to complete clan quests and achieve exclusive clan rewards and benefits!